Everything you need to know about Irish Sea Moss

Everything you need to know about Irish Sea Moss

With over 500 different species in Irish waters, many of us would have seen all forms of seaweed on a beach trip or two. If getting them accidentally wrapped around your feet as you take a dip doesn’t give you a bit of a shock, the many benefits of this algae will.

The ocean has more biodiversity than anywhere else on our planet. It constitutes over 90% of the Earth’s habitable space, and contains over 250,000 known species, with many more remaining to be discovered.

Asides from being a natural skincare solution, seaweed is a very nutritious food source. Unlike the staples of corn and wheat, every bit of Seaweed is edible!

The Atlantic Ocean off the coast of Ireland makes the perfect habitat to produce the rich natural sea algae that go into every Rí na Mara product. Including your favourite edible seaweed: Irish Sea Moss.

History of edible seaweed in Ireland 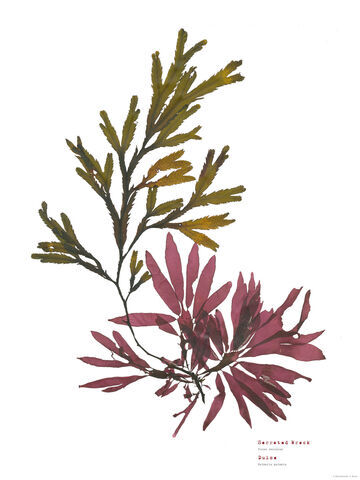 In Ireland, some of the famous sea moss species include carrageen moss, dulse, laver, nori, various kelps, and wracks. This impressive range of diversity may be because Ireland lies comfortably somewhere between the northern limit for some warm-water species, and the southern limit for some cold-water species. The reef at Finavarra in Co. Clare for example is known to harbour 336 species alone.

A haiku-style poem called Buain duilisg, probably dating from the twelfth century, describes monks harvesting dillisk (Palmaria palmata) from the rocks and distributing it to the people as one of their daily duties.

What is Irish Sea Moss? 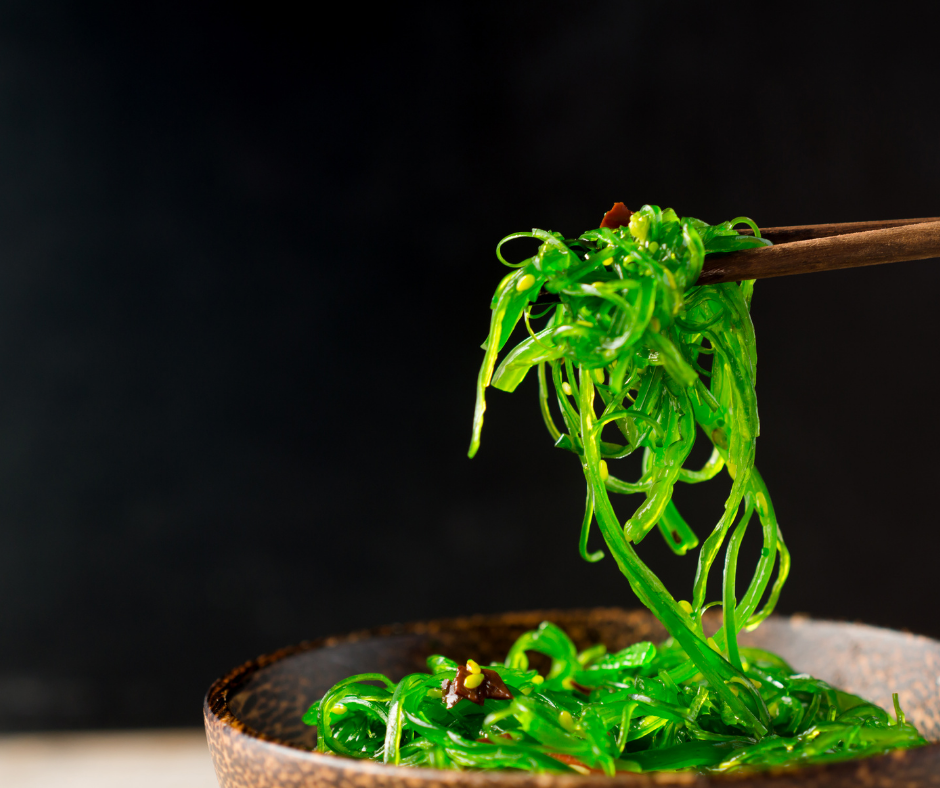 The greatest diversity of seaweed in Ireland is found on the west coast of Ireland, specifically in the Aran Islands, Connemara. Also known as chondrus crispus, red seaweed or sea veg, Irish sea moss is a type of algae that grows year-round in tidepools and inlets.

Moss is commonly defined as small flowerless green plants that lack true roots. Sea moss is usually burgundy, reddish, light yellow, or pink in colour. It is a superfood that has long been a tradition in Ireland. Sea moss differs from most regular food crops as:

This and much more make it a sustainable source of food production.

How do they reproduce?

Sea moss does not reproduce as most plants do on land, with pretty flowers and tiny pollen. Sea moss reproduces by means of spores that swim off, anchor themselves, and grow into a new life. This process follows a more sustainable approach. With this method, the sea moss is allowed to grow more organically, without any interference.

How are they harvested?

At Rí na mara, we insist on sustainable harvesting techniques. This consists of cutting only the upper section of seaweed species by hand and leaving the lower intact to regenerate quickly. A variety of carefully selected Irish sea moss in a pristine state undergoes a minimal extraction process to ensure the wealth of vitamins and proteins are maintained. This is done by local harvesters who have been cutting seaweed by hand for generations on the same shoreline in Connemara.

We work together with these local harvesters, seaweed production experts, and organizations to ensure the ongoing sustainability of seaweed and preserve the seabed, marine life, and coastline.

The gelling properties of Carrageen moss have made it a well-known seaweed and many of us consume it without even knowing it, in foodstuffs such as ice cream,  salad dressings, and even toothpaste. Dillisk, on the other hand, is a  small sweet tasting seaweed. Some other varieties of seaweeds have a salty, rich, savory taste known as umami.

Good for the heart

Irish Sea moss is full of nutrients that are particularly beneficial to cardiovascular health. Our personal favourites of these heart-healthy compounds are Fucoidan & Fucoxanthin.

Fucoxanthin is an orange coloured antioxidant found in sea moss that works to clear up free radicals from the body and prevent oxidative stress. Whereas Fucoidan is a compound that has been looked into as an alternative to conventional blood-thinning medications. In other words, it prevents the formation of blood clots.

Irish sea moss helps to lower blood pressure by balancing out the negative effects of salt, with the help of a mineral known as potassium!

Good for the gut

Irish sea moss contains a lot of prebiotic fiber. One of the ways it does this is by promoting more stable levels of good gut bacteria and decreasing the toxins in the blood. The insoluble-fibre content of sea moss causes it to act as a natural laxative and improve digestion. Which we could all use more of regardless of our perfectly curated diet.

Polysaccharides, the goey stuff that builds around sea moss when you boil it, help you feel fuller for longer by acting as a natural gelling agent. Sea moss has also been shown to inhibit the enzymes responsible for carbohydrate breakdown, meaning carbs are broken down less quickly and sugars are released into the blood more gradually.

Also, Fucoxanthin is known to increase the body’s metabolism, which makes it much easier to burn fat.

More and more people are starting to see the fitness benefits of Irish sea moss. Whether as a pre-workout snack or after-shake. Sea moss doesn’t just burn fat or fill you up with needed nutrients. It is effective in building muscles and its regenerative qualities do amazing things for workout recovery.

Great for the immune system

Last and certainly not least, perhaps the most famous benefit of sea moss consumption: Immunity!

Sea moss helps a lot in the prevention of infection. It does this in a number of ways, such as its high vitamin C content, with over 20% of your daily requirement in these little algae alone, high zinc content which trumps that of oranges by 7 times! And lastly, iodine, which supports your thyroid gland. A lot of studies have gone into seaweed and its miraculous effects on the immune system, and some have revealed that seaweed may help to boost your immunity by fighting viruses and preventing them from getting into your system.

Carageen is a dark red-brown sea moss. It bleaches to a white-yellow colour as it dries due to sunlight, as most dried Carageen comes with a gorgeous ombre effect of both colours. With needles aplenty, giving it that lettuce-like, leafy, sometimes flowery look.

Carrageen provides a natural, healthy alternative to enhance flavour and texture of food. It is an excellent additive for soups, sauces, pasta, stews, foie gras, desserts, and many fish dishes.

Dillisk, also known as dulse, or Palmaria palmata is a deep or ferrous red sea moss, it could appear as wine, burgundy, or purple sometimes. With blades that appear flatter and blunter.

Local company foragers always deem it necessary to wait for a low tide to collect this amazing ‘sea vegetable’ from rock pools and shallow water, as it grows at the bottom of the shore. Dillisk is a tasty healthy snack option, it enhances flavour of soups, stews, casseroles, stir-fry recipes, chowder, salads, bread, and much more. 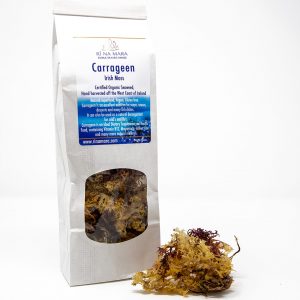 Salt replacement or more accurately, sodium replacement, is a key driver in the food industry today and natural sources of non-sodium “saltiness” are sought after. Irish sea moss naturally contains high levels of minerals including sodium but also other key minerals such as potassium, magnesium, zinc, iron, and calcium that can all add to the “saltiness” of seaweed and play a role in flavour development.

A number of recipes have been developed that use lower than suggested, even no, added salt by replacement with the ground or powdered Irish seaweed.

Irish Sea moss can improve the flavour profile of recipes by giving a more rounded or complete flavour sensation e.g. improve the flavour of a vegetable soup base to the extent that no extra seasoning is required. Carrageen & Dillisk add saltiness but also give the soup a more flavoursome profile and rounded taste.

Which should you choose?

Dillisk is an excellent source of protein, fiber, and vitamin B12, it contains minerals such as calcium, magnesium, beta-carotene, iodine, iron, and trace elements. Dillisk is also an ideal dietary supplement and health food.

Carrageen specifically, is used as a traditional home remedy for colds, bronchitis, and chronic coughs.

So depending on where your needs are in the food to medicine spectrum. Your menu for the evening, if you’re a little under the weather or looking to improve your health, one or both of these ought to do the trick.

There are a number of ways to improve your health with edible seaweed. With more benefits yet to be discovered, Irish sea moss seems to be leading the nutritional path when it comes to organic superfoods. Rí na mara’s Dillisk & Carageen Irish sea moss are excellent sources of protein fibre and vitamins B12, making them excellent dietary supplements and a fantastic superfood.

Sign Up To Our Newsletter For Updates & Special Offers

We Would Love To
Hear From You